ONE CHAPTER WAS ALL IT TOOK….
….to completely destroy this book 😦 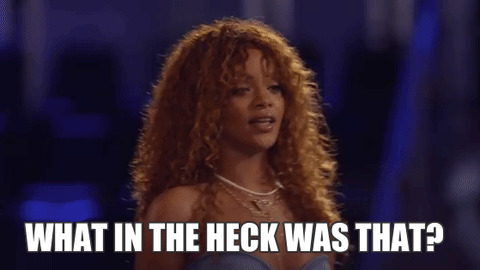 This series was no way the best, but I did really like book 1 and 2 and more for the fact that very few contemporary Indian writers, write about suspense, mystery thrillers and do it successfully.
Book 1 and 2 gave me hope that this book could become one of my favourite Indian series and I hardly have less than 10 in that list.
So when I got the third book , I was eager to know what and how will the author end this series. Now out of 34 chapters this book had, everything was going well and good and in sync with book 1 and 2 in terms of the pace of the book and writing style till chapter 33 and then BAM!… chapter 34 happens!

Suddenly all the logic and suspense goes flying out of the window!

I dont want to spoil the “stranger” for those who havent read this book , but lets just say it was the stupidest reveal ever!!
I mean you build this intricate world with the stranger being present everywhere and knows every thing and all and then you bring out (not going to name the stranger:read to find out) a secret society….i mean really!… A Secret Society!! I know this is fiction but it should make sense and have relatability to the events too right?…..right??

There are so many plotholes, all the loose ends ….what about them??

Say we accept the given person was “stranger” but then it still does not answer how he got access to house keys, phone numbers. How did he know about personal info and all, and we are talking about very specific personal details here which no one but rivannah knew.
how was he there 24×7 everywhere along with living his identity? Those secret bug cameras even before she shifted to new place or being present everywhere all the time, and so many thing which made this book interesting where just left unanswered.

Okay for a second we believe the whole society thing but still how does that justify the things he did to rivannah in book 1 and 2 which were so wrong on all moral levels!*(read : molesting, intrusion, almost rape,abuse,stalking…many more)*
I mean you just cant justify them as love at first sight and consequent actions!

And i dont even want to go towards behaviour of rivannah…i mean she was acting like a 13 year old who newly found what “crush” or “love” meant! I am still trying to figure whether the stranger wanted to make her a better person or make her better according to his definition of “BETTER”, cause he did some really questionable stuff.
For example:you cant justify murder by saying: Oh i was just trying to teach you what death was!

I am utterly disappointed and this is my personal opinion, no offense to anyone who liked the end.

This deep disappointments comes from the fact that I was actually liking the book. It wasnt perfect but yet it had that element which made you want to read more. All it took was one chapter at the end to epically destroy the entire series for me.

Now I know the author has so much potential so I am going to forget I ever read this book and look forward to his next work and give one more chance before giving up on him, how I did for “Chetan Bhagat” centuries ago.

Star rating: 1/5! (would have been 4 if not for that utterly idiotic end!)

WOULD I READ THIS BOOK AGAIN: HELL NO!
WOULD I READ ANOTHER BOOK BY THE SAME AUTHOR: YES, BUT I AM HIGHLY SKEPTICAL.

‘Me before you’ was perfect……….PERFECT!!

‘After you’ though didn’t live upto the expectation, was still fairly good.

But i do not see why this series needs to go on!…..I really hope not but, the more the character of ‘Louisa” is dragged, the more i see it loosing its charm and just to see that not happen i will give this book a pass and any that follows in this series.

Sometimes i wish a author would just know when to stop!
but that’s my personal opinion. To everyone looking forward to this book, i hope it is everything you imagined it would be!

When I am reading, I feel like I am in an alternate universe, where nothing else matters, other than being in that moment :D

Books are my soulmates…..if that makes any sense….give me a book and i am good to go!