2019 seems to be a promising year for all the YA/fantasy and romance lovers. January starts with the bang with not 1, not 2 , not 3 but almost 22 sequels of previous years best sellers releasing, spanning various genres (including ones not on this list).

Since there are surprisingly high number of books from my anticipated lists and new stand-alones of my favorite authors releasing this year – compared to 2017-2018, i am gonna split the list in Part 1 ( Jan – June) and Part 2 ( July – Dec). So without further ado, here is my list of 2019 releases i am looking forward to:

(Also its already March so the books i Have already read will be marked and will add my personal ratings for the same!)

So January had almost 19 books releasing from the authors i follow and love but here are my top 7 picks and personal ratings for the ones i read:

Other than King of scars all the books I have read in January lived upto its expectations. Not that King of scars wasn’t in any way bad but i guess i just had such high expectations that other than the last 5 pages i was bored at times. Hoping the next book in the series to revive the Leigh Bardugo charm. I couldn’t get my hands on the last 2 book of the list mentioned above but do plan on reading them as soon as i get them. A curse so dark and lonely was a surprise since the last series i read from the author was almost 5 years back and since then i read a couple standalones from the author but somehow didn’t like them much. Free is the last book from the chaos series by kristen ashley and what a great way to tie up all loose ends and bring the series which began back in 2013 to an epic end. Wicked king of course needs no description. If you are a bookworm then you already know what i mean and have already read the book first thing at the start of the year!

After a bang that was January, i guess not much was left for February. There were many books releasing but i guess these 2 were the only ones i was looking forward too:

I discovered Avery Flynn just last year almost by the end of November 2018. Her Hartigan series is a light hearted romance which also deals with real issues in a very seamless way without making it all about the issue but rather integrating the issue with the narrative in such a fashion that you dont even realize what a life lesson you are learning along with the fun read.

Coming to The Promise by R.L. Mathewson i just cant give the book anything less than 5 stars. The book is the 10th installment of the neighbor from hell series and like all other books from the series this ones lives upto its rom-com genre expectation. The book is also extra special for the R.L. Matthewson fans cause this books comes almost 2.5 years after the release of last book and thats a really long wait and everyone needs a little of the bradford family in their lives 😛

And Shades of Magic gets its own graphic novel! So excited to see Kell and the 4 londons come to life…well 2D life. Though this comes under a graphic novel category and not traditional, i am still looking forward to this since shades of magic series(2015-2017) is one of my favorite series from YA/Fantasy genre of recent times.

Shadow me novella by Tahereh Mafi brings you Kenji’s POV from the Unravel me series. Need i even say any more?!

Hold On by Samantha Young, honestly could be hit or a miss for me since some of her previous books were okay-reads. But still i look forward to her books because regardless of the plot of the books, her writing style is so engaging that throughout the read, you are really into the story and are totally looking forward to read more. You may not love the plot but the experience of reading would still not feel like a waste of time at all.

April seems like another “book-packed” month. Ever since I read the Illuminae files by Amie Kaufman and Jay Kristoff, I am a die hard fan of their work. So reading Aurora Rising when it releases is a no brainer. If you haven’t read Illuminae Files, go read it now. The format is new so you might get a bit of getting used to it but totally worth every min you spend reading it!

Some authors you love so much that you know you are gonna love every work of theirs and defy me by Tahereh Mafi and slow burn by Kristen Ashley fall under that category for me. i know i am gonna love the books. Period.

The Peacock Emporium by Jo Jo Moyes is gonna be a gamble. I loved Me before you series book 1 but by book 3 of that series, i felt that the author is just trying to milk on the success of book 1. That book could have easily been a standalone and by extending it, the charm of book 1 was just lost by book 3. So i hope the same is not the case for this book. Still gonna give it a go and hope for the best.

Meet cute just seems like such a nice and fluffy read so though i dont expect much from the book, i know it would be time well spent going through it. May be during one of those book slump phases, this book might just come to the rescue.

The author of We hunt the Flame – Hafsah Faizal is someone who used to write on wattpad and i used to follow her stories from that time which, is somewhere back from 2010-2011. So when she announced that she got a publishing deal to release a full fledged novel last year, i couldn’t help but keep track of news for the same and here we are few months from the official release! The blurb seems super intriguing and i really hope that this book turns out to be a best seller.

The Unhoneymooners by Chritina Lauren and Hope and other punch lines by Julie Bauxbaum, both are books by authors who knows where their best skills lie and what their core audience wants and they successfully deliver each and every time. So looking forward to another ‘sure-shot’ great reads.

Red white and royal blue is honestly a book i have no clue about, neither i have read any previous works by the author or even heard of the author. But this book has been going around goodreads, pinterest and blogs since a while now. So yes i am excited to read this one, just to see what all the fuss is about! 😀

Coming to the last month of the Part 1 of 2019 books…..This month has a lot of new writers i am looking forward to. Debut authors, as well as authors whose works i have never read before. Sorcery of Thorns by Margaret Rogerson is one such book. Blurb seems super interesting and so does the cover. The art work is amazing. So definitely looking forward to this one.

Another book by new author is the Wicked Fox(gumiho #1) by Kat Cho. I guess this is the first english fiction novel i will read based on korean mythical creatures. I have seen a lot of k-dramas on the same but never read it. Plus i cant help but already imagine the hero to be Lee Seungi and heroine to be Shin Min Ah since this blurb reminds me highly of 2010 korean drama – My Girlfriend is a Gumiho. (Any k-drama fans out there? ;P)

Jamie Mcguire is releasing another novel – The Edge of Us, after a while from her last release. Another author who writes angst like no other. Blurb seems interesting, looking forward to cover reveal soon.

Call it What you Want is second release by Brigid Kremmer this year. She definitely seems to be on a roll. Though i lean more towards her fantasy works but i want to check out her romance style too.

And last but not the least…..Jennifer L Armentrout is coming with another fantasy series! Feels like ages since her last fantasy release which was amazing. She is one of the first authors whose works hooked me into the world of reading. If not for her various series which i got to read back in 2008-09, i would never have become the kind of bookworm i am today. So this book is going to be the first thing i read as soon as it releases. (Secretly hoping to get my hands on ARC from netgalley before actual release date.)

So that was it for Part 1 of Books of 2019. If you guys have any books you are looking forward to which are not on the list, do leave a comment recommending the name and author. Will love to add it to my TBR List.

*All release dates (here months) are based on goodreads new release section. Part 2 coming out in april-may. 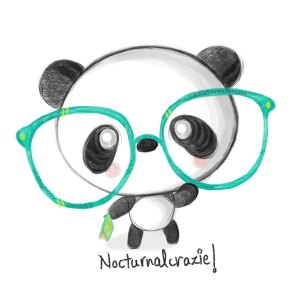 When I am reading, I feel like I am in an alternate universe, where nothing else matters, other than being in that moment :D

Books are my soulmates…..if that makes any sense….give me a book and i am good to go!